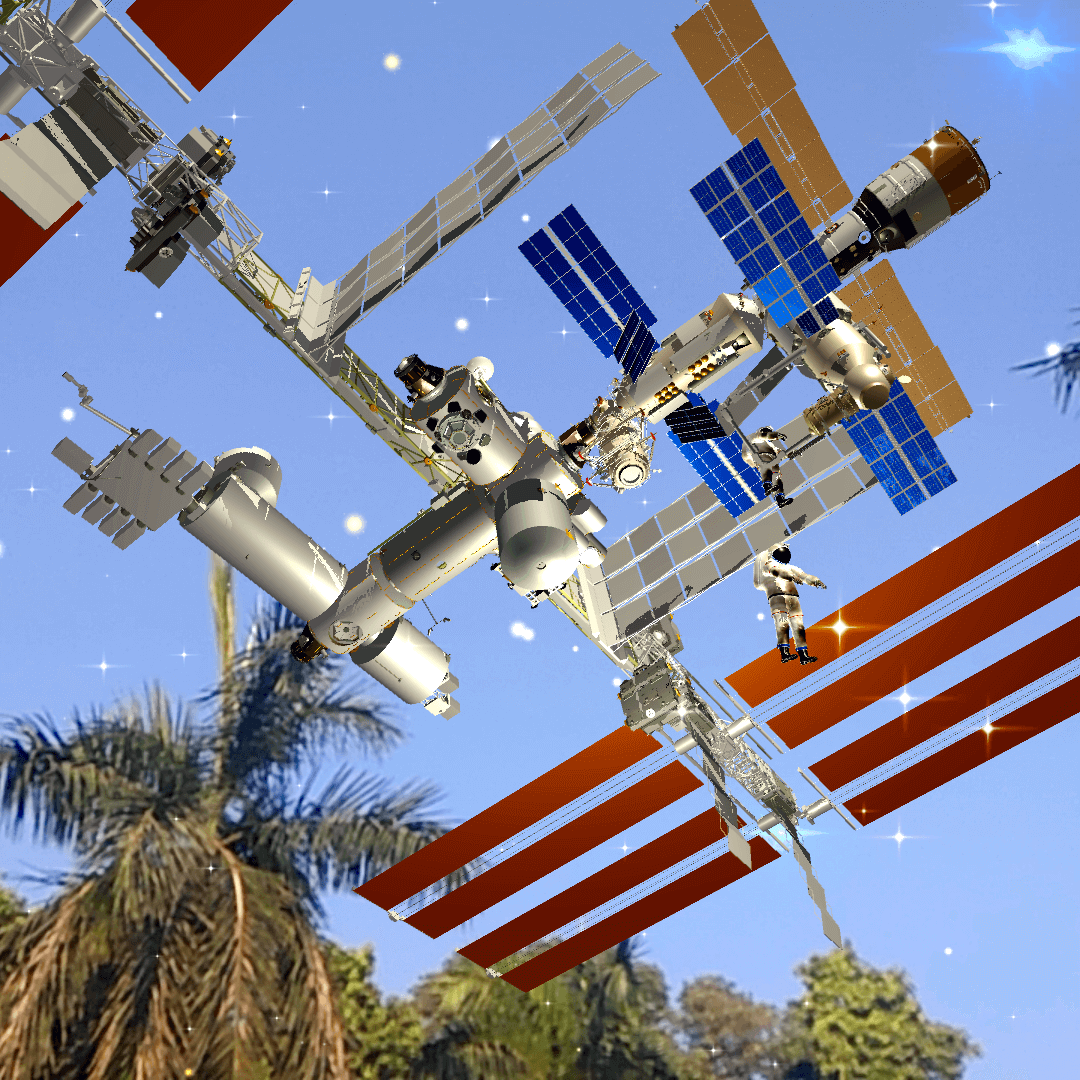 This is the closest you can get to the International Space Station, right here @SooperparK at Sayajibaug. The International Space Station (ISS) is a space station, or a habitable artificial satellite, in low Earth orbit. Its first component launched into orbit in 1998, and the last pressurized module was fitted in 2011. The station is expected to operate until at least 2028. The ISS is the largest human-made body in low Earth orbit and can often be seen with the naked eye from Earth. The ISS consists of pressurized modules, external trusses, solar arrays, and other components.

The ISS serves as a microgravity and space environment research laboratory in which crew members conduct experiments in biology, human biology, physics, astronomy, meteorology, and other fields. The station is suited for the testing of spacecraft systems and equipment required for missions to the Moon and Mars.

Here’s a video that tries to capture the experience of being in space close to the International Space Station at Sayajibaug.

Experience International Space Station in 3D right here in a vue web player. Just hit the play button below and walk in the vue using W-A-S-D or up-down-left-right arrow keys and navigate your way in 3 dimensions using mouse left click. Don’t forget to share this with your friends and family.