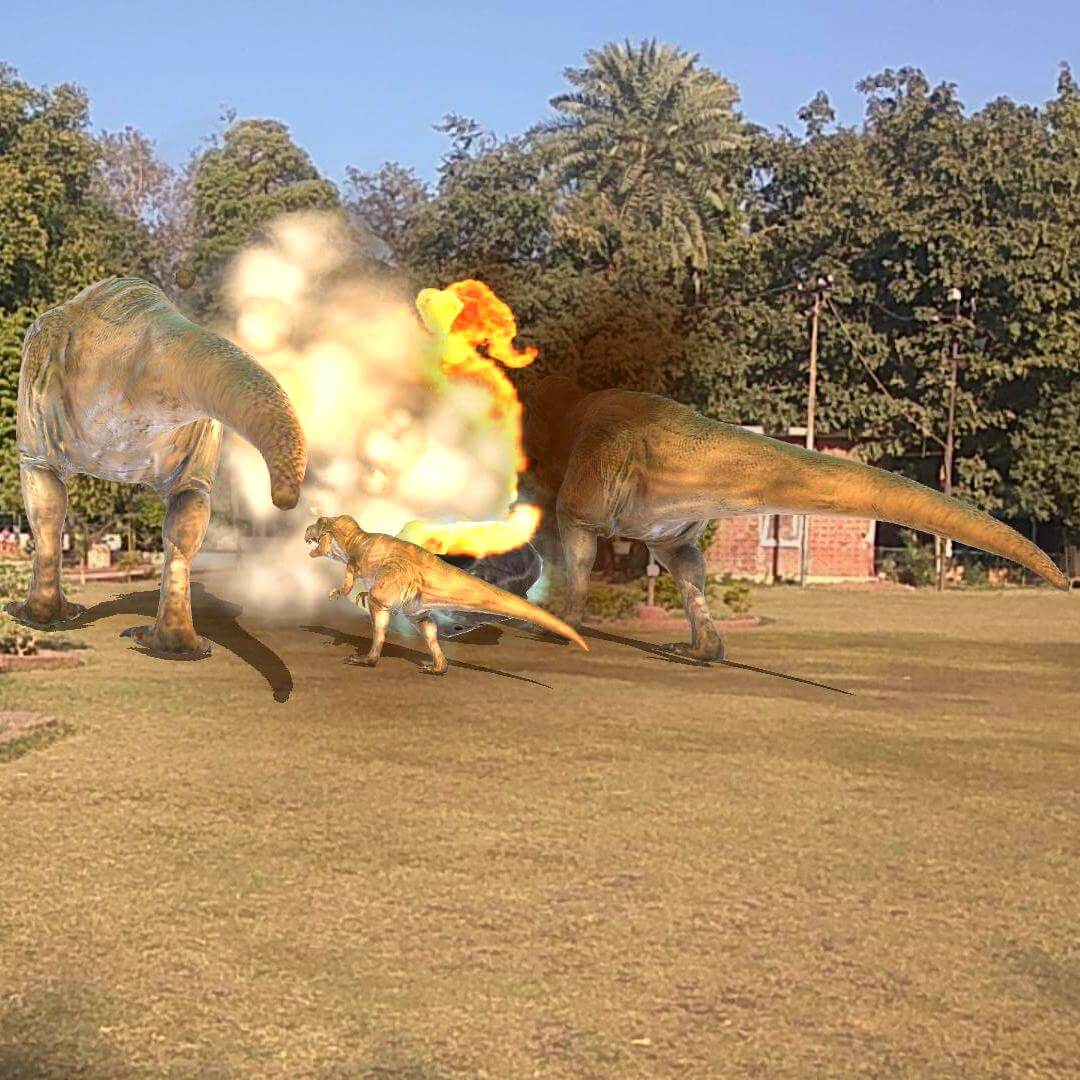 Dinosaurs roamed the earth for 160 million years. Some 65.5 million years ago, an asteroid collided with earth in an event, now known as the Cretaceous-Tertiary, or K-T extinction event. And Dinosaurs went extinct @sayajibaug in SooperparK.

Here’s a video that tries to capture the experience of being at the center of the scene when dinosaurs went extinct at Sayajibaug.

Experience Dinosaur Extinction in 3D right here in a vue web player. Just hit the play button below and walk in the vue using W-A-S-D or up-down-left-right arrow keys and navigate your way in 3 dimensions using mouse left click. Don’t forget to share this with your friends and family.