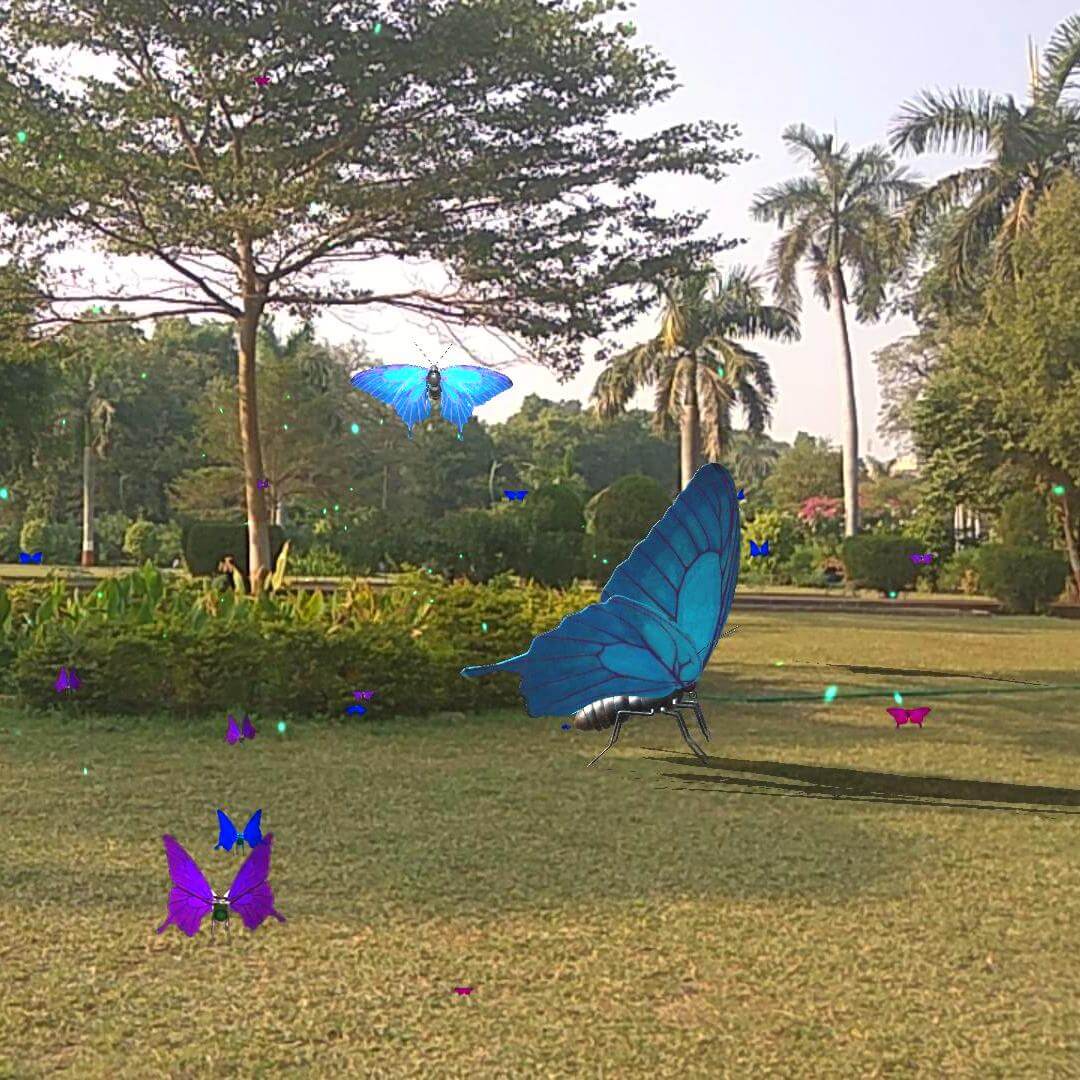 The land of giant butterflies right here at sayajibaug is full of a giant version of the naturally found Menelaus blue morpho. Morpho Menelaus is one of thirty species of butterfly in the subfamily Morphine. Its wingspan is approximately 12 cm, and its dorsal forewings and hindwings are a bright, iridescent blue edged with black, while the ventral surfaces are brown. Its iridescent wings are an area of interest in research because of its unique microstructure.

Due to its characteristic blue color, Morpho Menelaus is considered highly valuable among collectors and was widely hunted in the 20th century. However, deforestation remains the main threat to the survival of this species.

Here’s a video that tries to capture the experience of being in the center of a scene full of giant butterflies at Sayajibaug.

Experience Butterfly Land in 3D right here in a vue web player. Just hit the play button below and walk in the vue using W-A-S-D or up-down-left-right arrow keys and navigate your way in 3 dimensions using mouse left click. Don’t forget to share this with your friends and family.