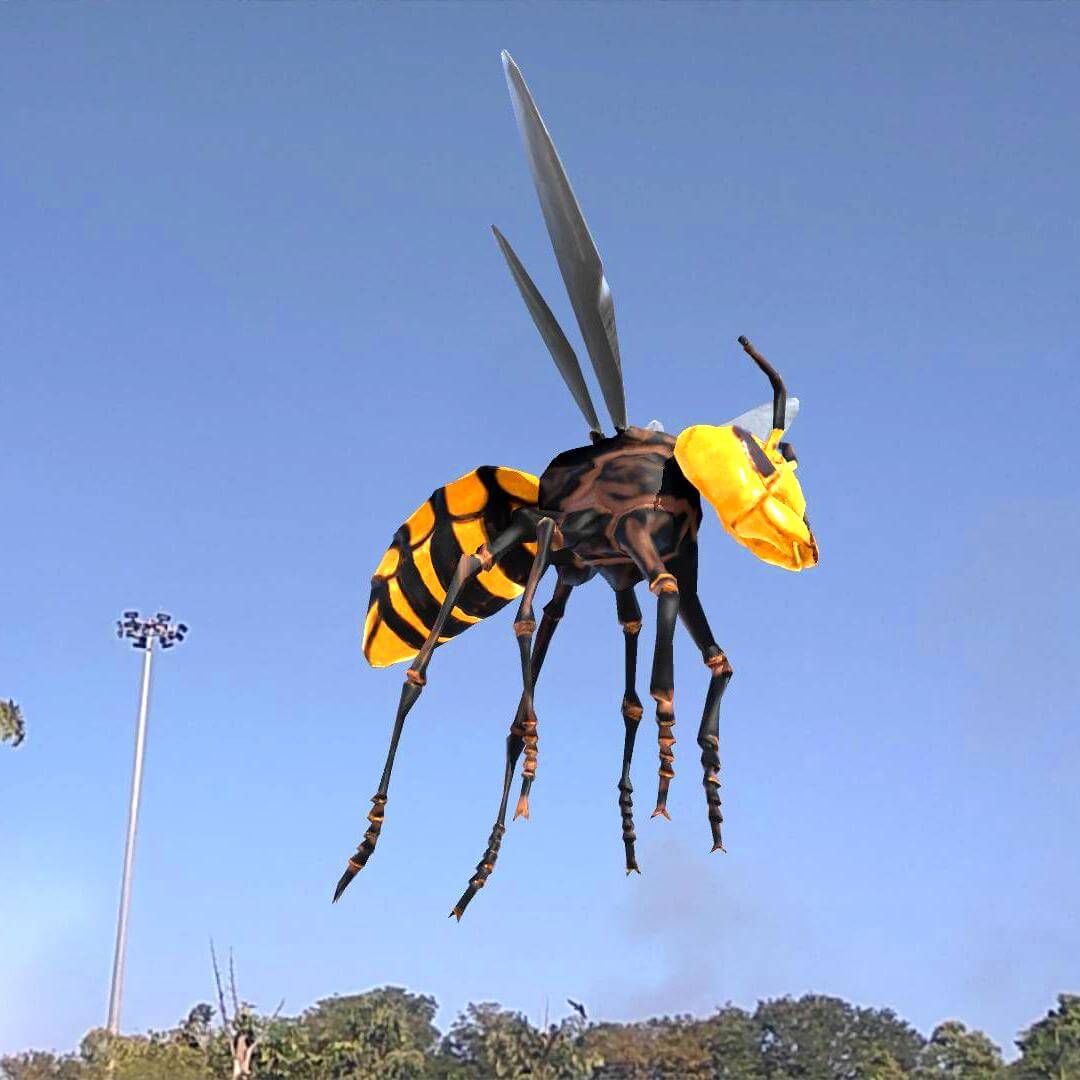 The Asian giant hornet, including the subspecies Japanese giant hornet, colloquially known as the yak-killer hornet, is the world’s largest hornet, native to temperate and tropical Eastern Asia. But one friday Giant Hornets the size of a car invaded Sayajibaug. No one knows where these creatures came from, but they are no trouble to us.

Here’s a video that tries to capture the experience of being at the centre of scene full of giant hornets at Sayajibaug.

Experience Giant Hornets in 3D right here in a soopersim web player. Just hit the play button below and walk in the soopersim using W-A-S-D or up-down-left-right arrow keys and navigate your way in 3 dimensions using mouse left click. Don’t forget to share this with your friends and family.