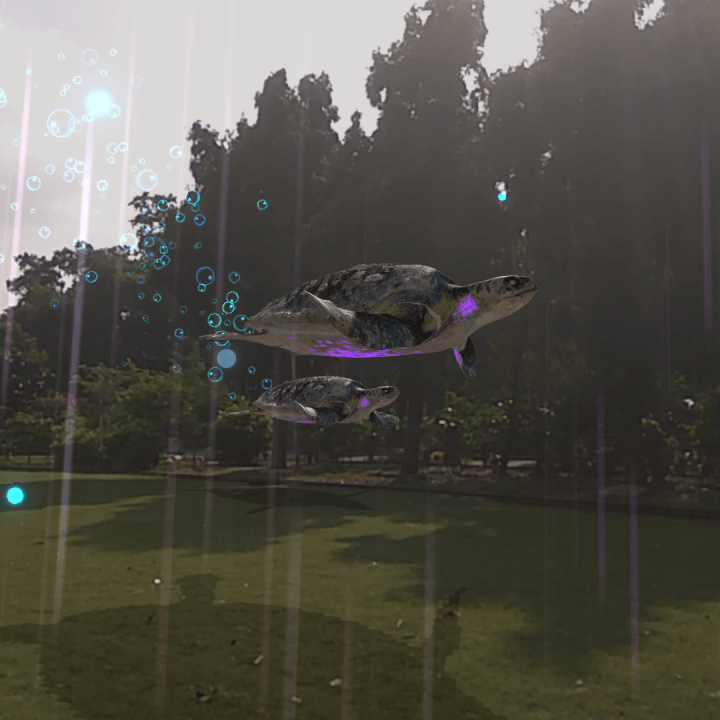 Turtles are amazing pets to have. They are a tiny bundle of cuteness packed inside a rock-solid skull. Seeing them swim is a calming experience for everyone. Don’t worry, you don’t have to go to any aquarium for this.

Just go to the play area near the cable-stay bridge at Sayajibaug and watch giant turtles floating around you in the thin air right from your smartphone. Don’t miss it, it is an amazing sight. Go there, pop the simspot icon and have fun!

Here’s a video that tries to capture the experience of gazing at giant turtles swimming at Sayajibaug.

Have a tour of Giant Turtles in 3D right here in a vue web player. Just hit the play button below and walk in the vue using W-A-S-D or up-down-left-right arrow keys and navigate your way in 3 dimensions using mouse left click. Don’t forget to share this with your friends and family.